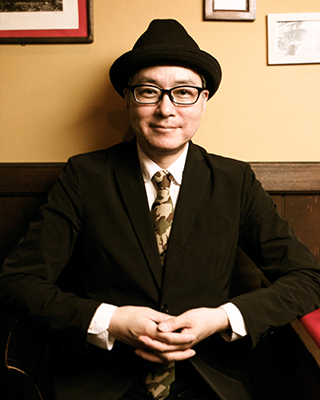 Then, in 1980, they debuted as a techno pop group called Juicy Fruit. "Jenny ha gokigen naname" became a big hit and succeeded in making techno pop, which wasn't popular at that time, make it's way into the charts.

After the band broke up in 1985, he was joining many different sessions as a bassist or a composer.

He became a member of VIBRASTONE, which was a pioneering Japanese Hip-Hop band.

He covers many different music genres and has a great musical sensitivity. Many different artists have been asking for him and his contributions to their live concerts and recording sessions.